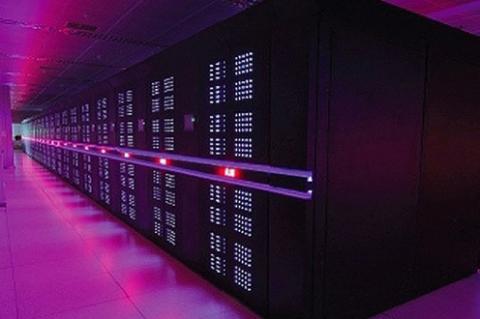 Powerful supercomputers are key tools in the development of scientific research projects, as highlighted by this project, which places Spain in a privileged position at an international level in terms of supercomputing. To this end, the State Secretariat for R&D+i allocated 5 million euros of financing to this project.

Between 2007 and 2013, this project, coordinated by the National Supercomputing Centre of Barcelona, has involved the participation of 21 Spanish research groups and a total of 350 scientists. SyeC has enabled Spain to attain a privileged position in the field of supercomputing at a European level and, moreover, apply the results obtained to the industrial sector. Thanks to the financing received, various objectives have been met: 104 researchers have been hired, publications have appeared in prestigious scientific media, 61 postgraduates have been trained, taking part in 60 international projects. Attendance at almost 1,000 conferences and seminars has enabled collaboration with international research groups and companies, which was one of the cornerstones of this initiative. Partnership agreements were reached with such companies as IBM, Nvidia, Intel, Iberdrola and Repsol.
The State Secretary for R&D+i highlighted that this project "has brought together talent, has carried out high level research with top quality scientific production, has fostered the internationalisation of Spanish science and has made contributions that will help provide solutions to global challenges facing society. Added to which it has done so through collaboration, which is one of the most effective routes to effectively tackle common challenges".

"The success of the Supercomputing and eScience project has been made possible thanks to the multidisciplinary collaboration of scientists in various fields, together with experts in supercomputing, which is a necessary condition for science and engineering in our country to make progress", stressed Mateo Valero, Director of BSC-CNS. Spain is a member of the leading supercomputing initiative at an international level - PRACE (Partnership for Advanced Computing in Europe) - in which it is estimated that Spanish researchers have dedicated some 437 million hours in European supercomputing.

The event included the projection of an audiovisual display that contained various scientific projects within the framework of SyeC. The 13-minute video describes different research projects in various scientific fields where supercomputing is a key tool.

The central focus of the audiovisual display revolves around simulations that allow us to see science as never before, together with explanations of the main researchers involved in the projects.

Worthy of mention is the fact that a year ago the National Science Foundation (NSF) granted an award to the visual display team of BSC-CNS, in the category of informative video, for its video entitled "Alva Red: a computational heart", which graphically explained the functioning of a human heart. BSC-CNS has a scientific visual display team which, in collaboration with researchers, produces videos and images that help interpret both the data and its dissemination. The team is comprised of a heterogeneous mix of scientists, engineers and graphic designers, that seek to achieve representations of numeric data to show science in its true light, while at the same time making it visually attractive.