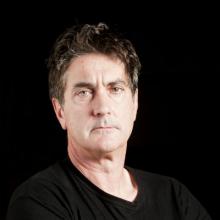 SCRF Methods: We are contributing to the development of new SCRF methods based on the Polarizable Continuum Model of Pisa's group. We are trying to extend the use of these methods to different solvents. We are also developing alternative quasi-classical versions of the method able to work with large systems, coupled to Monte Carlo or molecular dynamics techniques. Finally, our interest is also focused on the extension of the SCRF methods to modeling studies.

QM/MM Methods: We are extending the GMIP(p) approach as a new effective Hamiltonian for QM/MM calculations of large systems. We are trying to optimize the GMIP(p), both from the functional and computational viewpoints. The objective here is to implement GMIP(p) into both Monte Carlo and molecular dynamics frameworks.

Studies on Small Models: We have made several theoretical studies of small model systems of large biological impact . This includes among others tautomeric and isomerism processes, stacking interactions, salt bridges, hydrogen bonding, cation- interactions, and general mechanisms of molecular recognition.

Studies on Proteins: We are interested in the understanding of the basis of protein interactions, including those of pharmacological importance. We have also made several studies on very basic aspects of enzymatic reactivity, protein folding and docking.

Studies on Nucleic Acids: We are using molecular dynamics and statistical mechanics to study anomalous or stressed forms of nucleic acids. Particular attention is paid to the study of conformational transitions in DNA, drug-DNA interactions, and the analysis of triple helices and other structures of potential impact in antigene or antisense therapies. Special effort is made on the determination of physical basis of epigenetic mechanisms and nucleosome positioning.